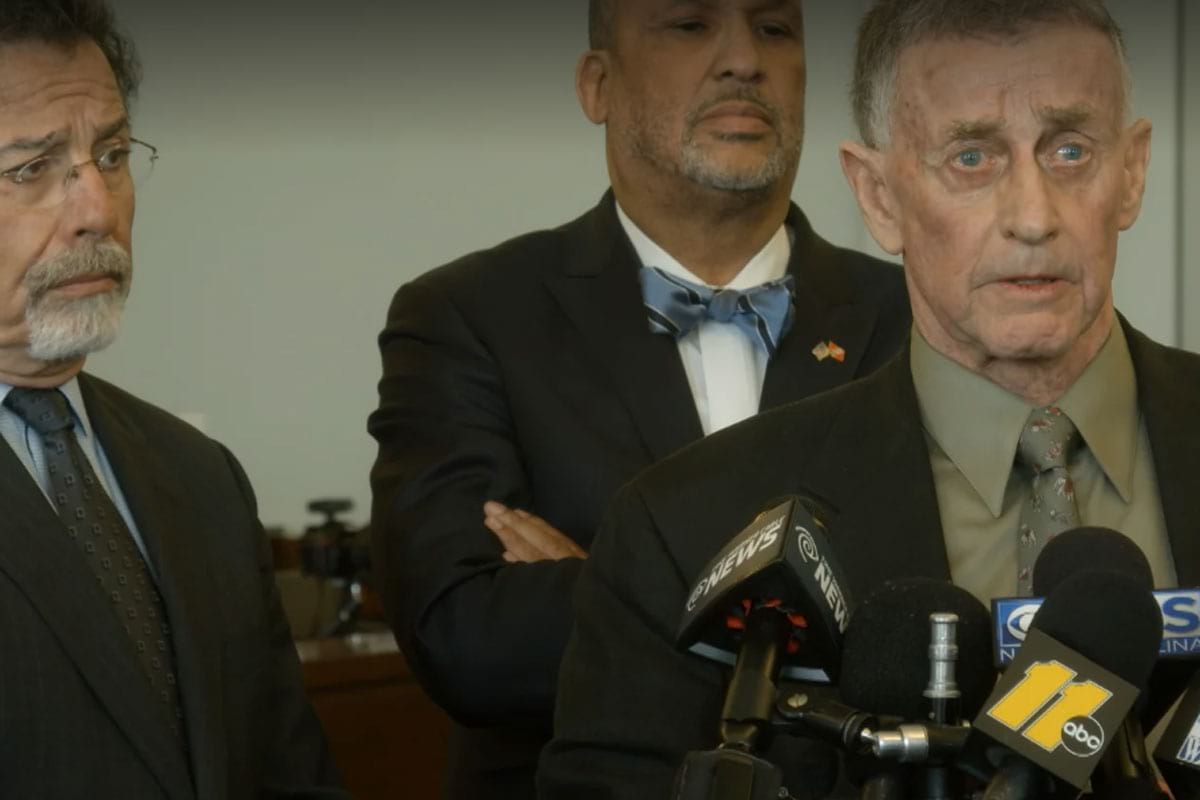 As we waited to hear back from the DA after filing our motions, we began to look at the portions of the prosecution file we had never seen before. They were now available to us because of changes in the North Carolina criminal discovery statutes. There were some significant revelations.

For example, we learned from Freda Black’s handwritten notes that Deborah Radisch had originally NOT listed the cause of Kathleen’s death s blunt force trauma, but rather simply as “loss of blood.” According to Black’s notes, Radisch said that her boss, the Chief Medical Examiner of North Carolina, had insisted that she list the cause of death as blunt force trauma. This was something we could use to impeach Radisch at any retrial.

We also learned what we had long suspected. Deborah Radisch had convinced Candace Zamperini, who had originally commended her sister’s relationship with Michael, and said there was no way that Michael would ever hurt Kathleen, that Kathleen had been murdered. There was a fax in the file from Candace to Radisch thanking her for “explaining why Michael was guilty.” Not exactly the role of an impartial expert, and again potential impeachment of Radisch.

But perhaps the most significant fact we learned was regarding the blow poke. Thomas Dew had worked for the prosecution throughout the case. He had constructed the “to scale” staircase that the prosecution had used to illustrate Deaver’s testimony. He had been present during Deaver’s “experiments.” And he had also been present when the police came back to the house in June 2002, pursuant to a search warrant, to take measurements of the house. During that trip, the crime scene technicians, Eric Campen and Dan George, had again searched the house. During this search, they had found what turned out to be the “missing blow poke” in the basement boiler room taken it outside and photographed it, and put it back not where they found it, but rather in the garage, where we found it more than a year later. Dew and Deaver were both there and witnessed this.

At the time, the police did not consider the blow poke significant. It clearly had nothing to do with the death. No blood, no dents, no evidentiary value. That, of course, all changed in May 2003, when the prosecution decided the blow poke was missing, and that it was the murder weapon. The fact that it had been found and photographed by the police in June 2002 became extremely exculpatory evidence. It blew up the prosecution’s theory. But we had never been told about this discovery or given this photo or any report documenting the discovery – even though Campen and George had both testified at the trial. This was yet another clear violation of Michael’s constitutional rights and might well have changed the outcome of the first trial.

But Michael had decided he did not want to once again subject himself or his family to what he had come to believe was a justice system that was rigged against him from the start. So he entered his Alford plea. After 16 years, the case was over for Michael, his family, and for me.