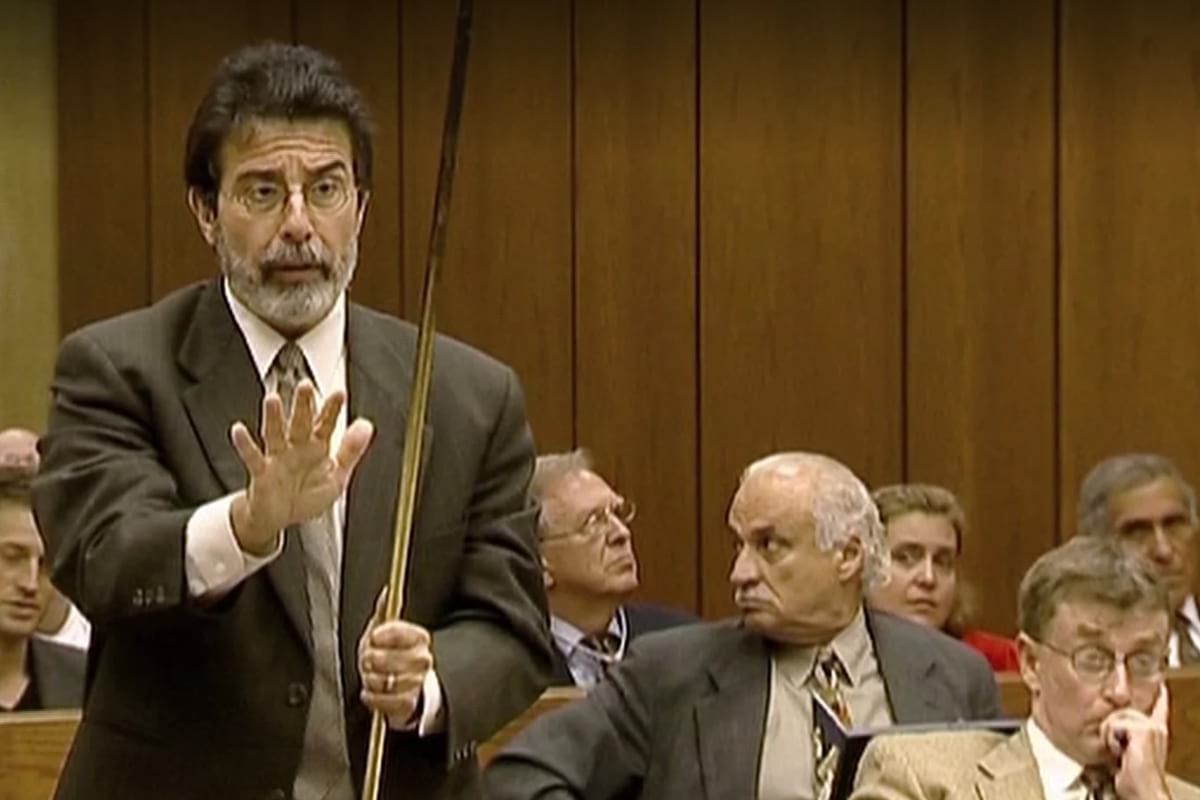 A Prosecution Splattered with Inconsistencies.

We had to be prepared to cross examine them effectively, in order to show the weaknesses in their methods and conclusions.

Regarding the blood spatter, we carefully examined the photographs taken by the police after they took control of the house. What we realized – the police photos showed changes in the blood spatter evidence after Michael Peterson had been removed from the scene. These changes were important to us because they showed the scene had not been preserved properly. The changes had to be due to police processing. If the scene had not been preserved properly, all the training manuals made clear the results of any inspection of the scene, and especially any opinions about the blood spatter evidence at the scene, were open to question. That became the basis of the cross-examination of Crime Scene Technician Dan George.

We also spent hours analyzing Duane Deaver’s reports and conclusions and reviewing the video of the “experiments” he performed to support his various conclusions. We consulted with our crime scene experts, Henry Lee and Tim Palmbach, who had also reviewed Deaver’s reports and video. We read the published articles on the scientific limits of blood spatter interpretation. We read the report prepared by a blood spatter expert hired by the prosecution they chose not to call as a witness at the trial, Bart Epstein, whose conclusions did not support all of Deaver’s opinions. The portions of Deaver’s cross-examination shown in this episode, which was only a small part of a cross-examination conducted over several days, was the result of this work.

Finally, based on consultations with our forensic pathologists, Werner Spitz (who literally wrote the book on forensic pathology) and Jan Leetsma, we believed the fact that Kathleen Peterson had no fracture of the skull, and no injuries to or swelling of her brain, was inconsistent with Deborah Radisch’s opinion that Kathleen Peterson had been beaten by a blunt object. We therefore obtained all of the autopsies conducted in North Carolina for the previous ten years in which the cause of death was “blunt force trauma.” Sure enough, there was not a single case in which someone died as a result of blunt force trauma in which there was not any skull fracture and/or injury to the brain. That became the key to our rebuttal of Radisch’s opinions.