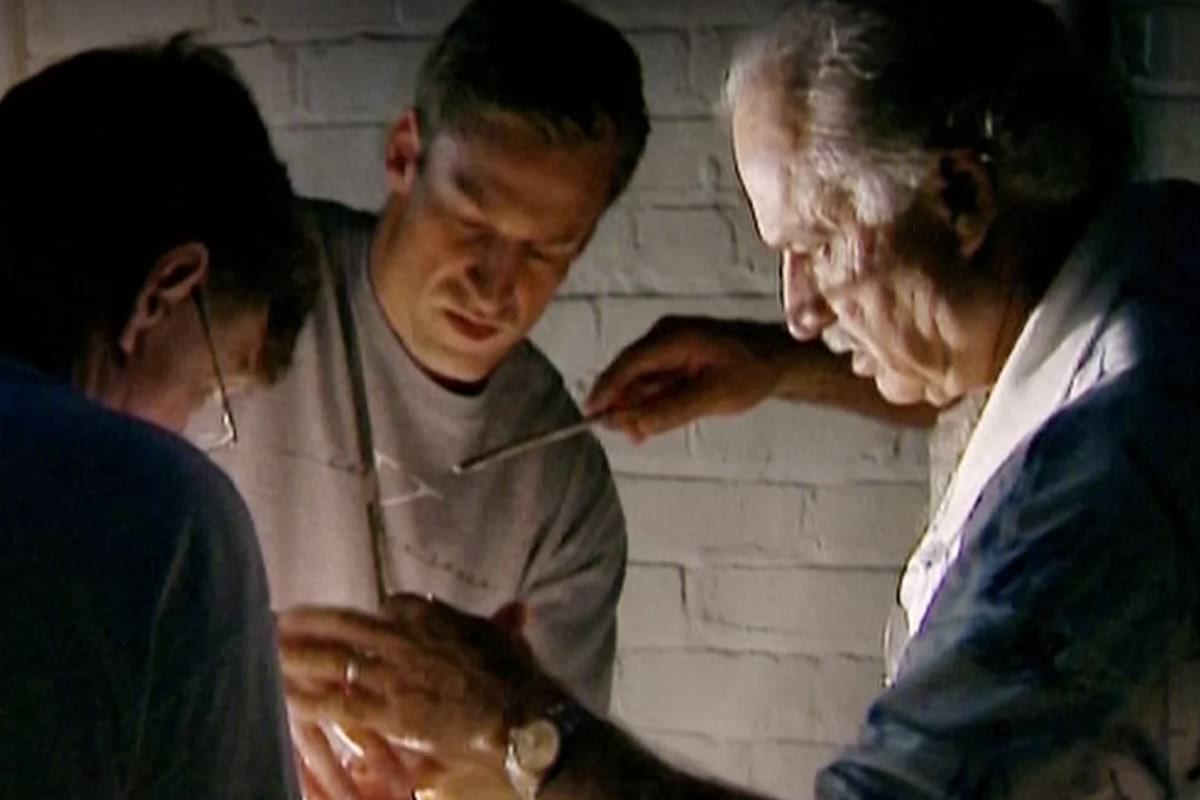 A Solid “Blow-Poke” to the Prosecution’s Case.

After the prosecution announced it had no further evidence to present, we had to face a series of crucial decisions. The tension was palpable, broken primarily by “gallows” humor by me, Mike or his brother Bill. But the reality was deadly serious.

The first decision was whether we should offer any evidence at all. The cross-examinations of the prosecutions witnesses, including their experts, had gone as well as we could have hoped. Most observers felt we had successfully undermined their credibility. But there was still the blood and the injuries to Kathleen’s scalp. We had not provided evidence to support an alternative explanation to the prosecution’s theory. So we decided we at least had to put on our expert testimony regarding how a fall could account for the blood and the injuries.

We put on that evidence through Henry Lee, who was one of the leading experts in the country, if not the world, in analyzing and reconstructing events from forensic evidence; Faris Bandak, a biomechanical engineer who specialized in analyzing the causes of head and brain injuries; and Jan Leetsma, a pathologist who specialized in analyzing brain injuries. Based on their collective expertise, the evidence at the scene, and the location of Kathleen’s injuries, we were able to create an animation which illustrated how the injuries to Kathleen could have been caused. But none of our witnesses could truthfully testify they could exclude the possibility that Kathleen had been beaten. All they could truthfully say was that the injuries and the evidence in the stairway was more consistent with a fall than a beating. Although that wasn’t nearly as definitive as the testimony of Deaver and Radisch, it was the most they could truthfully say.

We also had to decide whether to put Michael on the stand, or to call witnesses regarding the relationship he had with Kathleen, including Martha and Margaret Ratliff. We quickly decided that Mike should not testify. He would be cross-examined about every homosexual encounter he had ever had, every falsehood he had ever uttered, and every word he had ever written. At that point, the trial would boil down to only one question for the jury – did they like and believe Michael. That was not a gamble we were willing to take.

Martha and Margaret’s willingness to testify for Mike would be a powerful endorsement, and they could provide invaluable insight into the nature of Mike and Kathleen’s relationship. But they would also be subject to cross examination about their knowledge (or lack thereof) of Mike’s bi-sexuality, his emails with Brad, his homosexual encounters, the misrepresentations he had made about his war injuries, and anything else the prosecution could dredge up. Mike did not want to put them through that, and we could not say that the result would be more positive than negative.

We debated about whether bringing the jury to the house would be more helpful than harmful. On the one hand, the small space in the stairway was inconsistent with Deaver’s theory about how the blows had allegedly been inflicted. But it could also create powerful negative emotions for the jurors. It was a calculated risk we decided to take. To this day I am not sure that was the right decision.

Finally, there was the discovery of the alleged murder weapon – the “mysteriously missing” blow-poke. We hadn’t known the prosecution would argue this was the murder weapon until a few weeks before the trial started. It was not found in the corner of an unlit garage until weeks after the trial had started. If the jury thought we had staged this, our credibility would be gone and Mike would be convicted. But if we could prove that what the prosecutors and Deborah Radisch had repeatedly claimed was the murder weapon was not missing, and had not been used to beat anyone, we felt the prosecution’s case would be in tatters.